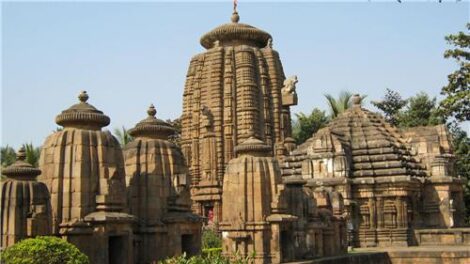 Odisha is one of the most beautiful states in India. Hinduism has found lots of beautiful temples and shrines in Odisha. Every year thousands of people visit odisha for its sacred heritage of hindu gods and goddess and home to lord jagannath. A very famous temple Lingaraja Temple is dedicated to Shiva and is the largest & one of the oldest temples in Bhubaneswar, Odisha.

The temple represents the quintessence of the Kalinga architecture. The temple complex has 50 other shrines and is enclosed by a large compound wall. Shiva was originally worshiped as Kirtivasa and later as Harihara and is commonly referred to as Tribhuvaneshwara (Bhubaneswar), the master of three worlds, namely, heaven, earth, and netherworld. As per some accounts, the temple is believed to have been built by the Somavanshi king Yayati I (1025-1040), the temple in its present form dates back to the eleventh century.

However there’s evidence that part of the temple was built during the sixth century CE as mentioned in some of the seventh century Sanskrit texts. Fergusson believes that the temple might have been initiated by Lalat Indu Keshari who reigned from 615 to 657 CE.