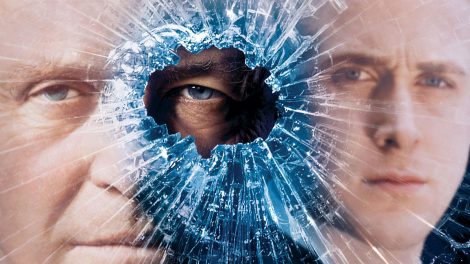 Theodore Crawford(Anthony Hopkins) also known as Ted came to know that his wife Jennifer (Embeth Davidtz) is having an affair with a policeman Robert Nunally (Billy Burke).
Ted shoot her wife. Police came to the crime scene. Nunally enters the house. Crawford confessed his crime. Nunally negotiated with him to put down the gun. Nunally recognized the victim and assaulted Ted.

With Crawford confessing the crime the case appeared very simple to attorney William “Willy” Beachum played by Ryan Gosling.
Crawford represented himself during the trial. And it seemed it was just matter of time before Ted would get convicted.
But while Nunally was getting prosecuted Ted dramatically lead the court know that his wife was having an affair with Nunally.
And Ted confessed only in fear of Nunally and pleaded to be innocent and famed by Nunally.
Nunally assaulted Ted again in the courtroom. It also came to light that the handgun that was rescued from the crime scene did not matched the shell found at the scene. In Fact it was never being fired. There was no further evidence that could be used against Crawford. Nunally wanted to plant false evidence against Crawford but Beachum rejected it.

With lack of evidence Crawford was set free. Nunally killed himself due to sorrow and disgrace. Crawford ended his wife’s life support. Beachum tried to stop it but he was not successful.

Finally Beachum realized the both Crawford and Nunally used same type of guns. He figured out that Crawford must have used Nunally’s gun for the crime. Beachum conronted Crawford and he confessed and told him the story about how he switched the guns.
The film ended with Crawford been surrounded by police and Beachum let him know that new trial will be held with fresh charges.