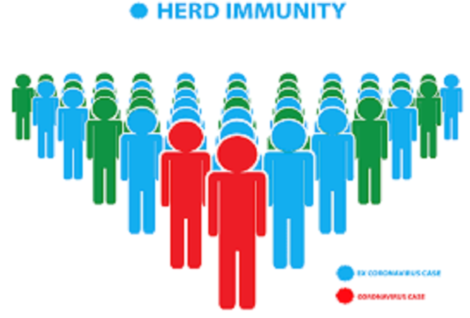 Not only vaccines but herd immunity can also defeat onslaught of any virus. Experts suggest that as many as 60 percent of the population will have to get infected at least once to get started with herd immunity. This happens because antibodies are developed in our body against SARS-CoV-2, the virus that causes Covid 19. These antibodies last in the human system for at least six months. The concept of herd immunity in simple terms is the resistance of enough members of the population by being immune to a disease, making it difficult for the pathogen to find a new host to infect. But to make it happen enough number of people have to be infected by the virus and develop subsequent antibodies against it. This may sound good to the ears but to develop herd immunity in a vastly populated country like India means just a huge number of casualty figure. The number would be enough to cause panic and fear. Researchers predict that covid-19 will become seasonal, waning in the summer and prevalent in winter. But once herd immunity is acheived through infection or vaccination. Until then it will be a year round phenomenon.