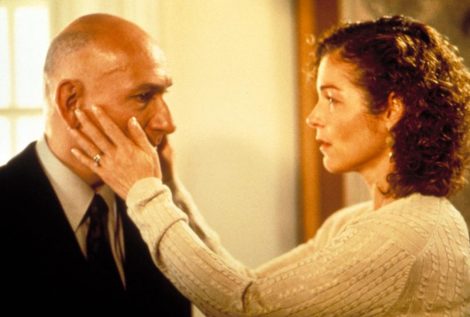 The Confession is an 1999 made U.S. trial drama. The movie is directed by David Hugh Jones. Ben Kingsley and Alec Baldwin played the lead roles. The movie is based on the novel of Sol Yurick.

The movie, The Confession start with a Jew couple Harry Fertig, played by Ben Kingsley and his wife Sarah Fertig find their child sick and took him to a hospital. But in hospital they were made to wait. Harry went from person to person for help but was denied. He even confronted the doctors but to no use. Finally his son died unattended by the doctors.

Harry then took law in his own hands and killed the doctors responsible for negligence.Roy Bleakie played by Alec Baldwin took over as the defendant lawyer. But he was looking to win the case not to go in the depth of the case.

Harry wanted to plead guilty. He considered his act as a revenge justice. But at the same time he also finds himself guilty of breaking an commandments. It’s the battle between right and not right at the same time. It was the battle of morality with Harry being unapologetic still wanting to face consequences of the crime. Finally it was revealed that there was a bigger conspiracy.
There was some scam in the firm where Harry used to work. So the owner of the firm wanted to prove Harry mentally unstable so that his statement does not affect the course of judgement in another case. Finally Harry pleaded guilty and was given a sentence of 25 years.
Ben Kingsley was outstanding.
The film had some good performances.