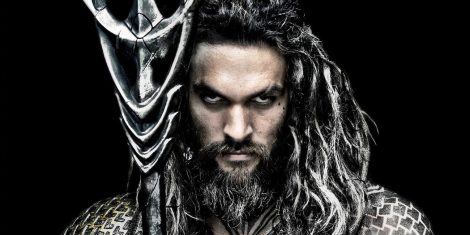 Thomas Curry a lighthouse keeper rescues a woman during a storm. Later it was known the woman was Atlanna princess of Atlantis. Thomas and Atlanna fall in love. Atlanta gave birth to a boy, Arthur. There was frequent attack from underwater land to get back the princess. Finally, to save her son Atlanna had to abandon her family to return to Atlantis.

Arthur had the power to communicate with the underwater species. Nuidis Vulko, an advisor trained Arthur the skills of warfare.
Arthur was told that her mother was executed in Atlantis. So he hated and rejected the place.

Arthur came across a group of terrorists trying to hijack a Russian nuclear submarine.
The leader died leaving his son, David to plot a revenge against Aquaman.

In the meantime Orm, Aquaman’s younger half brother who was one of the king of Atlantis plot an invasion on the human world.
Atlantis was divided into 7 kingdom. Orm wanted to unite all the 7 underwater kingdom. Orm wanted to form a giant army and lead an attack in land. King Nereus of Xebel joined Orm and promised his support. Orm was to be married to Mera daughter of Nereus.
But Mera did not wanted the alliance.

Mera and Vulko convinced Aquaman to claim the throne of Atlantis as the first child of queen Atlanna to prevent war between land and sea.
Mona and Vulko wanted Aquaman to find the lost trident of Atlantis. The trident would reunite the Kingdoms of Atlantis. The people would bow before the trident.
But while visiting Atlantis Aquaman challenged Orm. Orm was on verge of killing Aquaman. Suddenly, Mera rescued Aquaman and fled the kingdom. Mera and Aquaman somehow managed to escape the guards. Then they went on an expedition to find the lost trident.
Orm hired David to kill Mera and Aquaman. Orm provided David with the upgraded underwater weapon.
Mera and Aquaman escaped that.

They went from places to places. Finally they met Aquaman’s mother. Aquaman managed to get the lost trident. He then attacked Atlantis. Finally Orm surrendered.
Aquaman became the king of all kingdoms of Atlantis.

The movie was interesting. The special effects were brilliant. A good movie to watch.

One thought on “Aquaman”